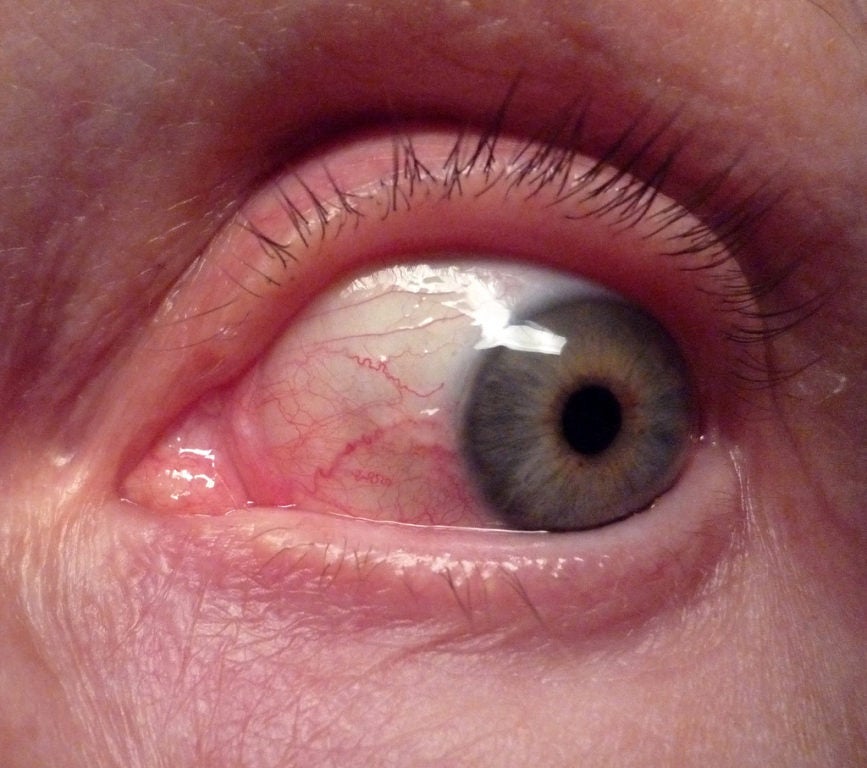 Out of the five senses, our vision is the most important. Being able to see connects us to our environment, ensures our safety, and keeps our mind sharp. Because of this, people worry when they see red spots in their eyes. This condition is called subconjunctival hemorrhage and is often harmless. Read on to learn more about these red spots and how to deal with it. what to do about it, and when.

What are these Red Spots?

The technical term for the red spots on the white of your eye is subconjunctival hemorrhage or bleeding under the conjunctiva.

The spots only appear on the whites of the eyes because the conjunctiva only covers that area. Sometimes the blood will spread and cover the entirety of the white part of the eyes. While it looks terrible, the bleeding isn’t dangerous. Most of the time, the condition will resolve itself without treatment after a week or two.

Subconjunctival bleeding can be caused by a lot of factors, like:

Anything that causes strain can cause your blood pressure to spike temporarily. It can then lead to a few capillaries breaking. Some newborns also experience subconjunctival hemorrhage during the stress of childbirth, but it is usually nothing to worry about.

What Are Its Symptoms?

The common symptoms of a subconjunctival hemorrhage are redness in one eye, with the affected eye also feeling slightly irritated. There are no other manifestations. You would not experience any pain, your vision won’t be affected, or there won’t be any discharge. At most, a bright red spot would appear in part of the sclera while the rest would look normal.

However, you should consult a doctor immediately if there’s blood in your eyes after you injured your head. The bleeding might be from the brain, not a popped blood vessel in the subconjunctival.

When to See the Doctor

You probably don’t need to seek medical attention if you have red spots but show no other symptoms. However, you should consult an expert in these situations –

Having several red spots in your eyes could be an indication of another medical condition, like conjunctival amyloidosis. It’s a rare condition that results in yellow or pink lesions on the eye itself or inside the eyelid. It typically happens when protein builds inside organs and various tissues.

You should also consult your doctor if you have diabetes. An annual eye exam is also required. You should also report any new symptoms or if they become worse.

How Is It Treated?

Treatment is often unnecessary for a subconjunctival hemorrhage. The red spots will resolve itself in one to two weeks. The redness will gradually lighten and become less noticeable.

Doctors can diagnose these red spots by merely looking at them. Although, they will suggest more tests or a comprehensive eye exam if they suspect there’s more to it. You’ll likely be checked for underlying issues, such as high blood pressure or diabetes. Your doctor will also require a CT scan if you have hyphema (tear in the pupil or iris).

Your doctor might have you use artificial tears, like Refresh Tears or Visine Tears, while your eyes still feel irritated. You might also be advised to refrain from taking any medication that could increase the risk of bleeding, like aspirin or Coumadin (warfarin). A cold compress could also ease the irritation.

Your doctor will recommend further evaluation if the red spots are due to a bleeding disorder. He or she might also prescribe drugs that will lower blood pressure.

There’s no definitive way to prevent red spots from occurring, but there are things you can do to reduce the risk.

While subconjunctival hemorrhages heal on their own, you can also try these home remedies to relieve symptoms and promote faster healing:

Apply a warm compress on the eyes to reduce irritation

Use a cold compress to bring down any swelling

Don’t wear contact lenses while your eye is healing.

Use artificial tears to reduce eye dryness and soothe itchiness.

Be mindful when evacuating bowels. Don’t push or strain too hard.

It’s understandably worrying if you see red spots in your eyes, but it’s likely to be a subconjunctival hemorrhage. The prognosis for this is generally excellent as it’s harmless. The bleeding area might increase in size or turn pink or yellow, but this is normal. You don’t need to worry as your eyes will return to normal in 7 to 14 days