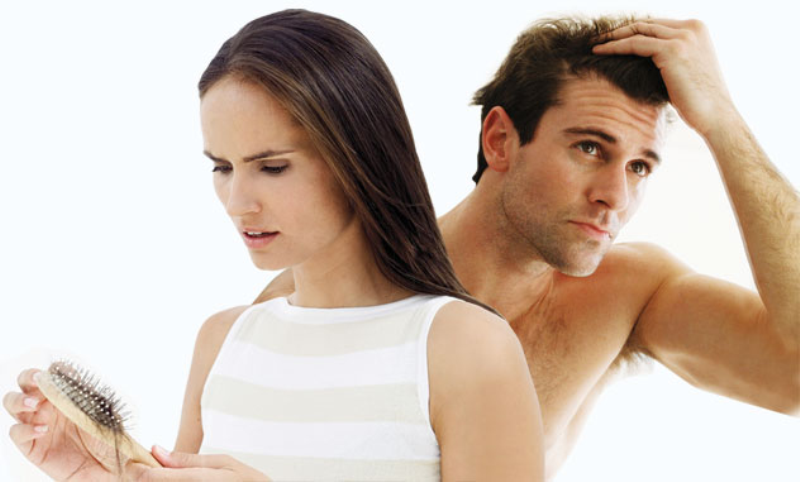 There are so many people who face hair loss. Usually people hair loss that is constant, they are unable to get rid of it. There also comes a time when they are unable to cope with it and opt for getting a hair transplant in Karachi. There are people, who are experiencing hair fall from their early childhood periods. This is something not very common, they are a very few people who go through this.

What Is The Genetics Culprit? There was a lot of chaos about reasons for hair loss and why is it so extreme in several cases. Researchers were finally able to identify it. They came to a conclusion that people suffer through a lot of hair fall due to a heredity condition which is known as hypotrichosis simplex. So yes, researchers now know on what is causing hair loss.

They have given an analysis on that the genes are responsible for hair loss. This means that one gene drives the mechanisms behind a rare form of hair loss. There are individuals who have normal amount of hair when they are born, but after that they start losing hair in the early years of their childhood. This also progress as soon as the person starts to grow old. Researchers analyzed this to be a heredity condition and they have identified a few genetic characteristics which are likely to influence it. Some of them are listed below.

How A Mutated Gene Plays A Key Role?

There have been a lot of research involved into this, scientists have analyzed the genetic information by conducting studies. They took 3 families which didn’t have any relation with each other. Some people think that this is something linked to metabolism, it has nothing to do which blood cholesterol or metabolism. It’s just that LSS gene tends to influence the metabolic pathway which has an impact on the health of hair follicles. Don’t worry there are no alterations made for your diet as there’s an alternative pathway for cholesterol. This plays an important role in improving the over health of hair follicles but remember this is not related to blood cholesterol levels.

It didn’t end here, after conducting this research the researchers further collected some tissue samples which were analyzed in effort to find further about the hair follicles. They wanted to find out where exactly in hair follicles LSS genes appears. After the research they were able to conclude that if a person carries the regular LSS genes, the enzyme would appear in the endoplasmic reticulum. This is a set of channels that are very small within the follicle cells.

What Can Lead To Malfunction?

In the case of people with mutated LSS, the researchers also found that enzyme spreads across the scalp into cytosol and the intracellular fluid. The researchers were again unable to predict the reasons for hair fall and yet they came to a conclusion that it might be the displacement of LSS from the endoplasmic reticulum which results in a malfunction. It could be said that scientists are never fully aware of the things that are happening. They are just likely to predict things well with time. Sometimes, they can get their predictions right but that’s not always the case.

Scientist have tried to label the reasons for hair loss as genetic culprit, but there are several other reasons too due to which people suffer from a lot of hair loss. When sufferings extent people start opting for some hair transplant in Karachi.

1. Not Enough Consumption Of Proteins And Vitamins:

These days we all are drooling over junk food, pizzas and burgers all the way. No one likes having vegetables and foods which are rich in fibers and minerals. The hair follicles on our scalp are made from proteins, which means that we need to give hair adequate levels of proteins for them to stay fresh and healthy. A person’s health start to deteriorate when he doesn’t receive the required amount of fibers and proteins, it’s the same with hair when they don’t get their proteins they also start coming out as they turn weak.

Whenever you step out in sun, it’s always recommended to have a sunscreen on your skin as the radiations of sun are likely to damage the skin cells. Same is the case with hair, the strong sun radiations are likely to take away the moisture from the hair making them weak, which results in hair fall. There are hair moisturizers available which help in protecting hair from the strong radiations of sun. If you don’t want to use a moisturizer then you can also strictly cover your head whenever you step out in sun.

Sometimes people are also going through some medical conditions, such as thyroid, anemia. These conditions are likely to worsen the situation for your hair. As the medications prescribed for these treatments have several side effects involves and as a result of those side effects hair starts to shred down causing severe hair loss. You can ask your doctor to prescribe medicines which don’t cause harm to your hair and skin.

Women love trying new things out as a result they love to get their hair dyed. These days people are getting their hair dyed in fashion colors which includes purple, green, orange and many other funky colors. They don’t realize that these hairs dying involves chemicals which are very harmful for the health of your hair. These chemicals are one of the reasons for hair fall also. Not just this but many women are also involved in hair styling which includes blow dry’s, curling and straightening hair. This gives a lot of heat exposure to your hair which again damages the hair.