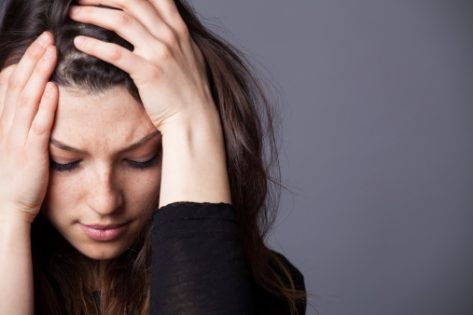 Far from being exclusive to adults, the increase in anxiety in young people is increasingly visible, especially in teens and those who have just finished high school. The disorder is manifested mainly by constant fear and anguish that cause the most diverse damages – to affective and family relationships, to professional plans and also mine the future that those who feel this anxiety for what is ahead.

Anxiety in Children and Adolescents

Anxiety is a feeling of anticipation of the future that comes as a way for the brain to prepare for what will occur in the future. It usually occurs before significant appointments and events, such as parties and job interviews. However, exaggerated cases of anxiety can cause the sensation to be experienced at mundane moments, such as when talking to another person or choosing on the way to work. These pictures may be related to generalised anxiety disorder, making simple actions such as sleeping and working difficult.

Why is anxiety coming early?

Despite having genetic causes, the condition arises through triggering situations, such as:

Coexistence with close relatives is the main basis for building the emotional structure of a staff. The way parents deal with the child can tell a lot about her level of anxiety. For example, negligent or overprotective parents may make the child feel insecure, which results in increased normal anxiety or anxiety disorder such as generalized or panic syndrome. The family context has changed a lot. For example, the family once dined together and today is each one to a corner. In addition, parents do not have much time to stay in touch with their child, who can feel alone and develop health damage.

Anxiety disorder is common in young people reaching adulthood, which occurs from the age of 18 when major responsibilities arise. At this stage, there is still the imposition of making changes in one’s life due to external demands, such as having a job, gaining material assets and forming a family. Young people are not prepared to deal with so many changes at once, which creates insecurity and fear of the future.

According to several expert psychologist, the introduction of technology has caused great changes in the behaviour of young people. Innovation is outdated very fast and it drives people to work harder to consume more, destabilizing the whole family environment. As a result, the parents are more absent and the children feel pressured to follow the fashion, generating frustration when they do not have the most current devices. In addition, social networks promote the feeling of inferiority by only showing mostly positive moments and experiences.

Symptoms of anxiety in children and adolescents

In addition to the classic symptoms of generalized anxiety disorder – such as constant fear, difficulty concentrating, palpitation and shortness of breath – the exaggerated concern can be noticed in children and adolescents through characteristic signs such as:

The lack of adequate treatment for early anxiety can generate a number of life-long impairments. The child or adolescent can take this anxiety to the job market and the family environment, harming their career and relationships. Thus, the ideal is to be alert to the symptoms and, offer help to the anxious. Seeking a psychiatrist, Contact Anxiety Doctor in NJ or, psychologist in order to close the diagnosis occurs. If anxiety is noted, treatment may involve psychotherapy and, in some cases, medication.