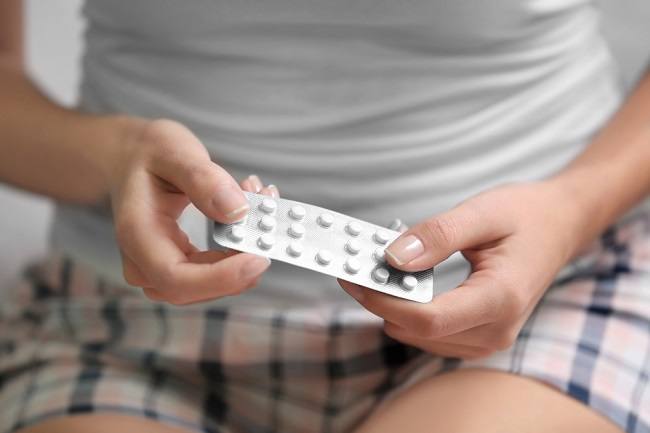 The statistical analysis shows that in US, about 50% pregnancies are unwanted or unplanned. Most of these cases, approximately 42% end in abortion. According to reports, one in every three women in America has gone through at least one abortion by the age 45.  The facts are no doubt distressing.

Women use various types of contraceptives in order to prevent unplanned pregnancy. Here are some of the reasons for using contraceptive pill.

In order to conceive a pregnancy, the monthly menstrual cycle is necessary in females. The cycle is regulated by various hormones secreted in female body. Most important of these are estrogen and progesterone hormones. Contraceptive pills contain certain amount of these hormones. Estrogen is the one which maintains and regulate the menstrual cycle. Progesterone, on the other hand, prepares uterus for conceiving. Thus, both the hormones work antagonistically. Rise in estrogen level in body suppress the level of progesterone and is significant for preventing pregnancy. Coming back to the point, the hormonal contraceptives contains progestin hormone which thickens the lining of uterus and with its combination to estrogen hormone, it prevent pregnancy. Thickening the lining of uterus, reducing the diameter of cervix and changes in mucus membrane, all events hinder the delivery of sperm to uterus to prevent pregnancy.

One of the most significant roles of these contraceptives is that these inhibit the ovulation process in female reproductive track. The inhibition in cellular proliferation is the key due to which these pills reduce the risks of cancerous cell’s development. So, this was a brief portrayal of how the hormonal contraceptives work. Let’s proceed further to some facts that you must be aware of in order to decide whether to use hormonal contraceptives or not.

Why one should use contraceptive pills?

Family planning is key factors in order to have a stable healthy and long-lasting relationship. It should always be a choice of both partners about having kids. Moreover, there should be certain age gap between subsequent pregnancies for better health of mother and child.

If you are perusing a career, completing your education, too young to take the responsibilities of motherhood, using contraceptives is a better choice.

Not only these, you must consider the financial stability and the ‘quality’ of relationship with spouse while choosing to have kids.

Disturbed or irregular menstrual cycle usually results in various health issues such as acne and hormonal imbalance. Taking contraceptives as advised by your gynecologist helps to maintain or regulate these issues. Moreover, gynecologist may suggest these contraceptives if the mother is too weak to have another pregnancy.

The global population is increasing tremendously, putting a greater population pressure than ever before. The available resources are not increasing accordingly. Thus, the results are poverty and low living standards as in third world countries. Therefore, having contraceptives in my opinion is a step towards reducing the population pressure globally.

Ovarian cancer is one of the prevalent forms of cancer in females along with breast and fallopian cancer. These types of cancer are associated with genetic mutation of BRCA 1 and BRCA 2 genes. Having a family history of BRCA gene mutation increases the chances of developing ovarian cancer significantly.

Take in account one such study performed at Institute of applied health sciences at Aberdeen University United Kingdom. Approximately, 1.9 million women of age group 15-49 participated in this study. The participants were categorized as non-user, new user, and regular users. The researchers concluded that women who never used contraceptive pills were at greater risks of developing ovarian cancer.

Moreover, some other studies state that using contraceptive pills for a period of 5 years and so can reduce the risks of ovarian cancer as much as 40% in young females.

The exact mechanism that how these pills are effective against ovarian cancer is still an area of research. However, one of the proposed hypotheses is that these pills inhibit the cellular division and rapid proliferation to inhibit ovulation. The rapidly dividing cells are obviously at susceptible to become abnormal or cancerous. Thus, contraceptive pills prevent cancerous cells development.

Considering the fact that using contraceptive pills or hormonal contraceptives have positive impact on health, one should choose these for the sake of her health. Moreover, these are effective when it comes to certain health issues including the ovarian cancer. Especially, females with family history of ovarian cancer should consult their gynecologists to be at safe side. Rarely happens, but some females may encounter some side effects of taking contraceptives.  Though not so serious side effects appear, it’s better to take doctor’s advice to choose a more suitable contraception method.